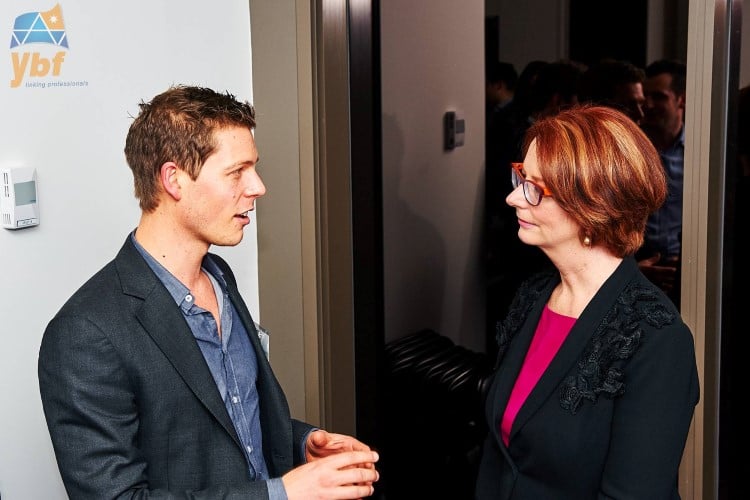 On Wednesday night, Ms. Gillard discussed her coveted career in politics and some of the moments that changed the course of Australia's future.

She also discussed her amazement at the level of recognition she received following her misogyny speech. Around the world, people who were unaware of Australian politics suddenly knew her and the words she had spoken in Parliament. She commented that she had, "No idea the speech was going viral outside the chamber".

At Ducere, we are passionate about leadership. Students studying our Diploma, Bachelor's and MBA programs are exposed to lessons from real world leaders. Our Chancellor, Ms. Gillard has a wealth of knowledge on this topic that our students can learn from.

For the ambitious young audience that had gathered, Ms. Gillard, gave some words of advice for anyone considering a career in politics. She recommended "putting the devices away" and taking some time out to really think. She also reflected on the notion of resilience, describing it as a muscle which can only be developed through an assiduous attitude towards hard work.

Ducere would like to thank our industry partners for the helping to coordinate the events and YBF for providing the photos.

By Ryan Thompson.
The views expressed in this article are those of the author and not necessarily those of Ducere.